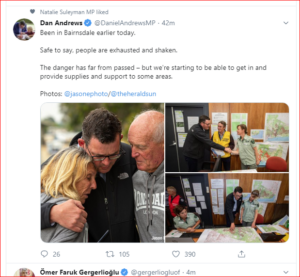 The death toll from the bushfires continues to rise with seven dead in New South Wales since Monday and the first fatality recorded in Victoria on New Year’s Day.

“His totally inadequate response to these fires and his obstinate refusal to accept what we have known for decades: that burning climate changing fossil fuels would lead to more frequent and intense bushfires is putting the lives of Australians at risk,” he said.

Senator Di Natale also called for a Royal Commission, saying more action is needed to go to the “root cause” of the bushfires.

“Australia’s climate has changed and we need to make sure that our land management, disaster response and climate policies are relevant to the new reality we face.”

But Opposition leader Anthony Albanese said while he wouldn’t rule out a Royal Commission into bushfires, he wants to see action now.

“I think it’s immediate action that is required, not something that will report in six months, which is the minimum time for a Royal Commission normally,” he said.

“They take years rather than months and what we need right now is for COAG [Council of Australian Governments] to be convened.”

Mr Di Natale also called on the Prime Minister to convene an emergency summit to “ensure that everything is being done to address the immediate crisis”.

He said the federal government and the opposition must both step up to tackle extreme weather by phasing out coal.

“While we need a national response to the bushfire crisis, any process that does not have at its heart a commitment to phase out fossil fuels like coal and rapidly transition to a renewable energy economy is doomed to fail from the start,” Mr Di Natale said.

“We need to anticipate and prepare for these emergencies, but we also need to go to the root cause, which is the burning of fossil fuels that is dangerously heating our planet.” 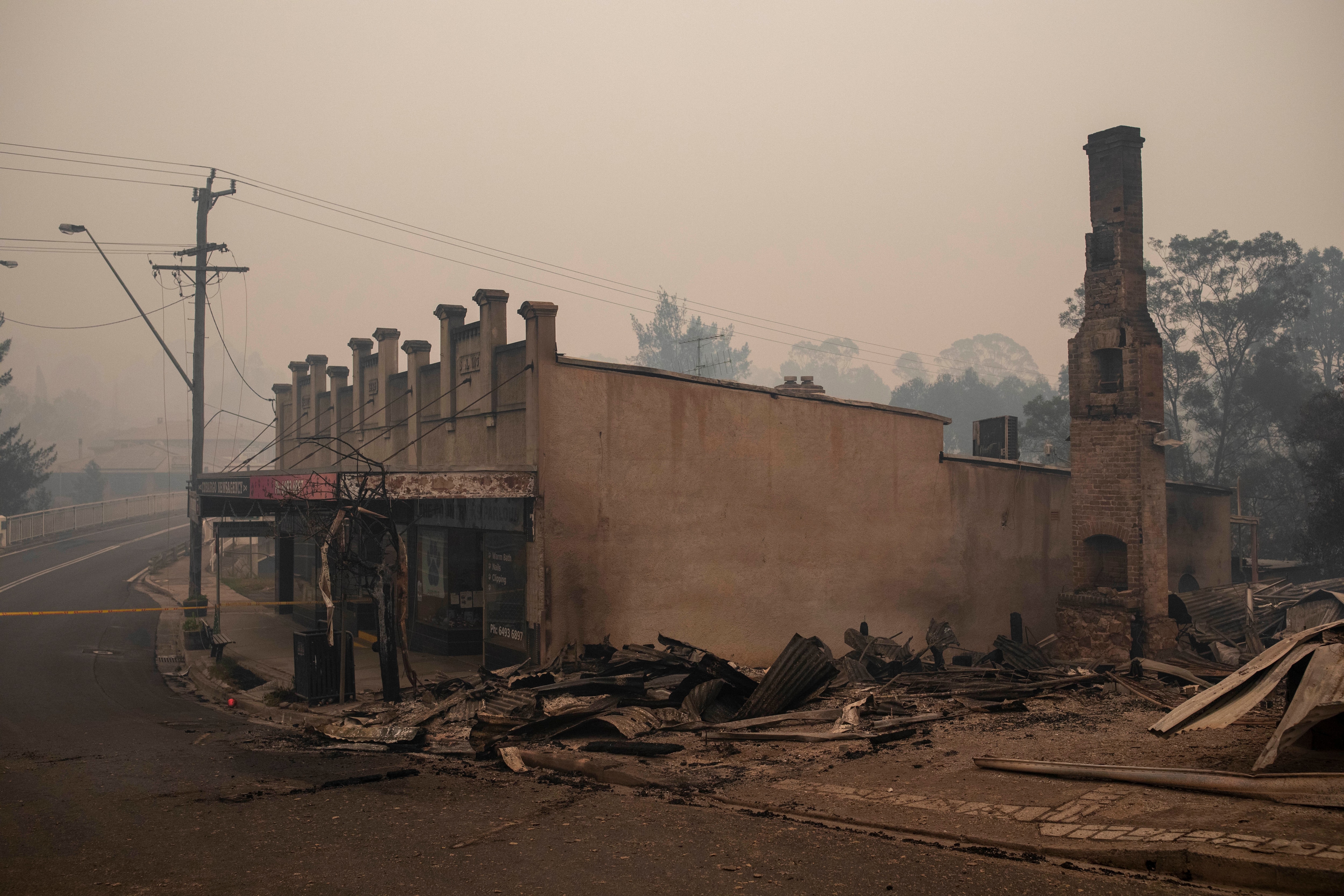 “All industries, even in agriculture, which equates to 17 per cent of reductions of emissions are looking into get to carbon neutrality by 2030 themselves so industry and government are working together to ensure we do our bit,” he told ABC Radio.

“If we work together, collaboratively as a world community, then we will be able to meet our emissions reduction targets as a globe, not just Australia.”

‘A time of great challenge’

Mr Morrison came under scrutiny on Wednesday after making a speech about the fires to cricketers who were at Kirribilli House for a function.

“It is a time of great challenge for Australia,” he said.

“Whether they be started by lightning or whatever the cause may be, our firefighters and all of those who have come behind to support them. 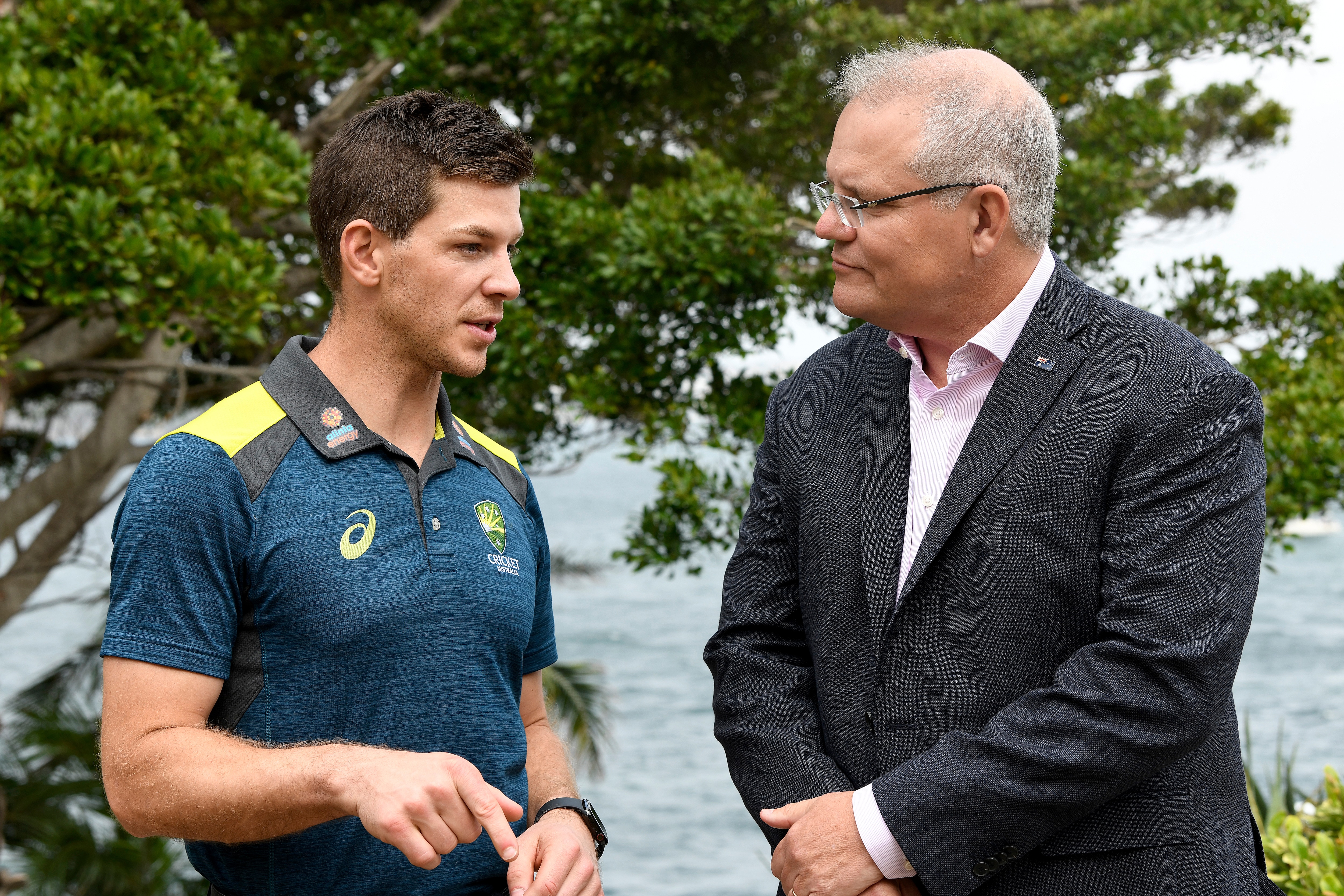 “Whether they’re volunteering in the front line or behind the scenes in a great volunteer effort, it is something that will happen against the back drop of this test match.

“But at the same time, Australians will be gathering, whether it’s at the SCG or around television sets all around the country, and they’ll be inspired by the great feats of our cricketers from both sides of the Tasman.”

Mr Morrison’s speech was met with anger on social media, some saying the Prime Minister is not taking the crisis seriously enough.

Mr Albanese said he believes the Prime Minister is taking the emergency seriously but Mr Morrison’s tone does not reflect the mood of the community.

“Young people watching the footage on the news at the moment would be pretty scared, it is scary, scary for everyone,” he said.

“That means that what we need is a considered response but I think that the Prime Minister in terms of some of his tone could accurately reflect the views I am getting back from the community.” SBS NEWS