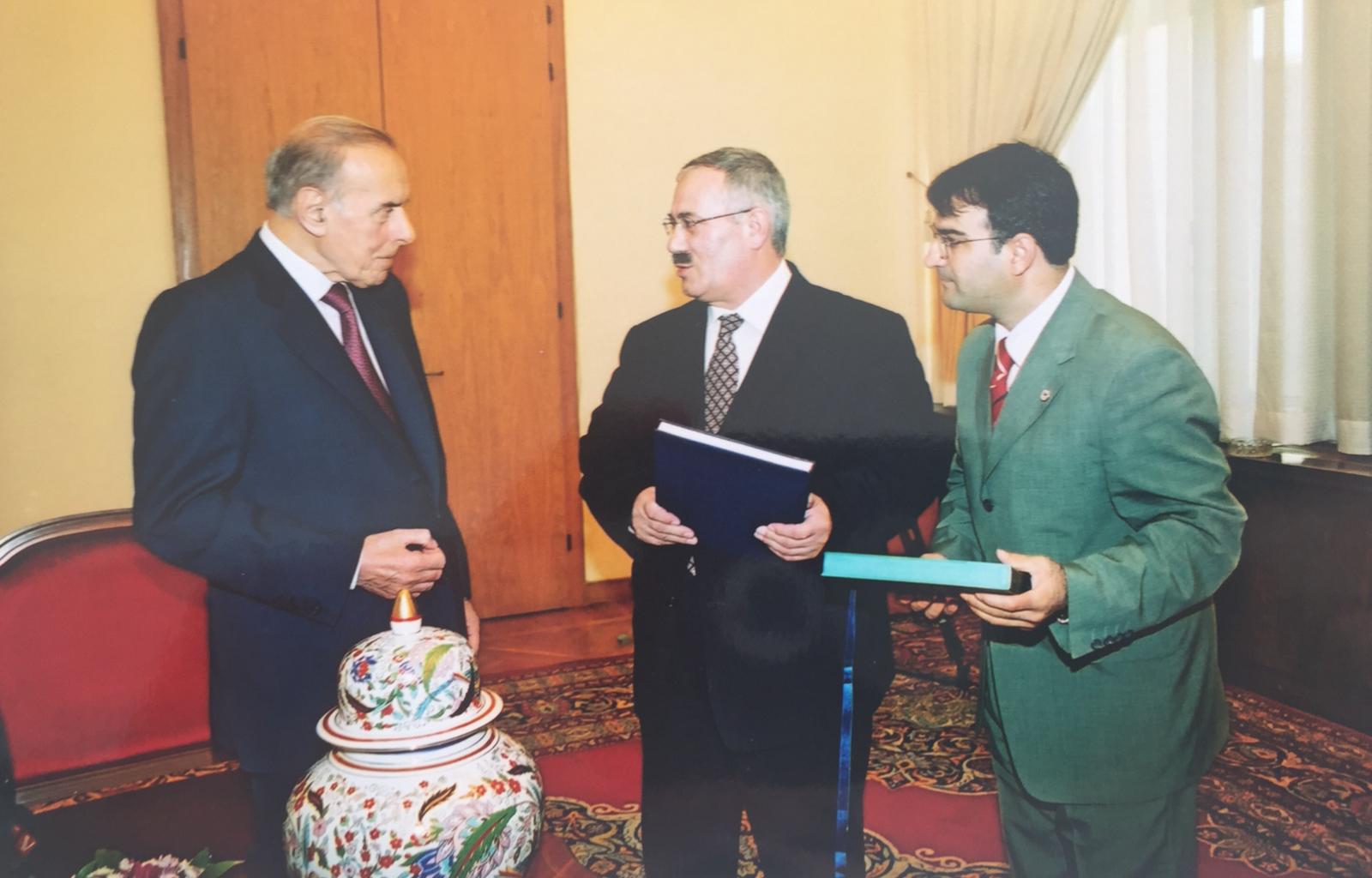 Bayram, an educator who was deeply committed to improving the quality of education and founded several schools in Turkey, Azerbaijan and Kazakhstan, passed away last month in Cairo, where he was living in exile. Bayram, a 70-year-old education volunteer who devoted his life to the education of young people, suffered a brain hemorrhage.

After a coup attempt in Turkey on July 15, 2016, with news mounting of the jailing and torture of people affiliated with the Gülen movement, he had to flee the country and sought refuge in Egypt in order to escape a massive crackdown.

A justice ministry communication dated June 17, 2020, and signed by Abdullah Ömeroğlu, a judge and director general of international law and foreign relations at the justice ministry, revealed that the Turkish embassy in Cairo had to reiterate the extradition request since Egyptian authorities had declined the request via diplomatic channels. Ömeroğlu also informed the Ankara Chief Public Prosecutor’s Office of Bayram’s demise in Cairo on June 2 in order to end the extradition process. 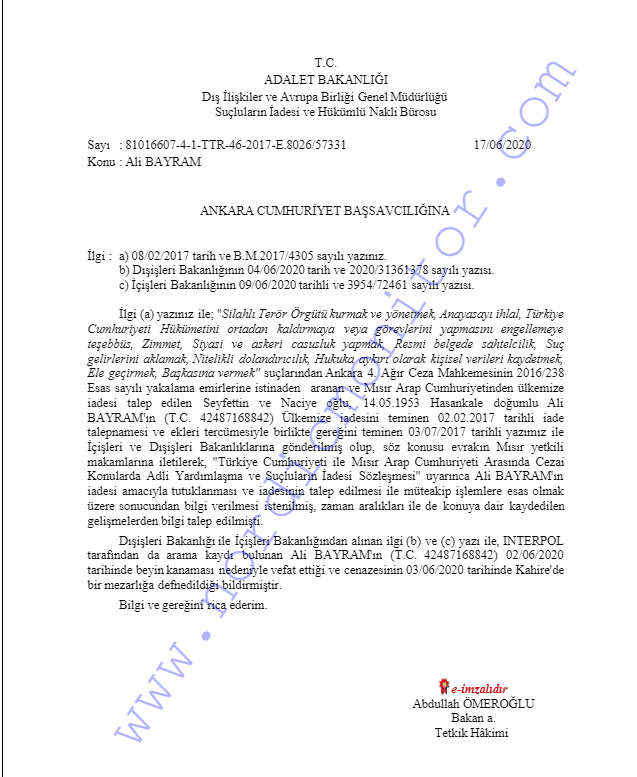 According to the justice ministry document, the request for the extradition of Bayram was based on an arrest warrant issued in absentia, under file No. 2016/238, by the Ankara 4th High Criminal Court for undermining the constitutional order, committing the crime of setting up or running an armed terrorist group. The document exposed the fact that Bayram was seen as “the leader of a terrorist organization” due to his contributions to schools and institutions affiliated with Fethullah Gülen, the US-based Turkish Muslim scholar who describes terrorism as “the foremost threat to human life” and condemns all kinds of extremist and radical acts.

The Gülen movement is a group known for its investment in science, education and the promotion of interfaith and intercultural dialogue around the world. The movement is led by Gülen, an outspoken critic of the Turkish president for pervasive corruption in the government and Erdoğan’s support for jihadist groups in Syria. Erdoğan accuses the movement of being behind corruption investigations in 2013 and the coup attempt in July 2016, allegations the movement denies.

In addition to Egypt, many other countries rejected Turkey’s politically motivated extradition requests for people who were forced to leave their homeland because of an ongoing witch hunt against critics in the aftermath of the coup attempt. In that regard the UN Committee Against Torture decided in June 2019 that the extradition of people who were thought to be members of the movement would constitute a violation of Article 3 of the UN Convention against Torture and Other Cruel, Inhuman or Degrading Treatment or Punishment.

More than a half million people were investigated in Turkey on similar charges following the abortive putsch. Based on profiling lists, people were arrested, investigated and even prosecuted. Their assets were seized, and family members and relatives were also the subject of criminal charges. Working as a teacher in Gülen-inspired schools or contributing to non-profit institutions affiliated with the movement abroad are considered to be acts of terrorism by the Erdoğan government.

With the purge and/or imprisonment of 4,560 judges and prosecutors in the 2016-2017 period, the rule of law was effectively suspended and the Turkish judiciary was transformed into a tool of the government, which often abuses the criminal justice system to punish its critics and opponents on terrorism charges.