The gut-wrenching brutality that took place in New Zealand broke everyone’s heart.  50 innocent lives were brutally massacred in a house of worship.

This pain occurred in a relatively safe place, far from the conflict of the world.

New Zealand is rightly regarded as the ‘safe haven’ of the immigrant home.

New Zealand, the country of partnership and multiculturalism rather than conflicts.

Such a savagery that on a day when believers come together and turn to God, the murderer Brenton Tarrant, without blinking an eye, commits a mass murder.

Among those who died there is young sinless, Mucahit Ibrahim, who was only 3 years old.

The criminal is of Scottish descent but born and raised in Australia.

Receiving this news with grief with my close friends from the Christian Community, Sam and Joseph, while sipping a cup Turkish tea with them…

Receiving this news while we were talking about living together, as popular leaders were trying to bring the conflicts to the forefront and make some of the people hostile to the other…

During our deep conversation, we were also admiring the beauties of wide tolerance which is engrave in the roots of the countries like Australia and New Zealand.
I was telling the names of Isa (Jesus) and Meryem (Eva) in Anatolia to my friends by giving examples from my relatives…

Topic was opened about sweets, Ashure is a dessert which is made out of mixing different pulses with each other and making something new out of those but it still preserves its own taste and I’m telling this to you guys while sipping on my lovely tea…

We were talking about the beauties of unity but unfortunately it didn’t take long because of what happened in New Zealand, pure barbarism…  this news made our dessert taste bitter.

Brenton Tarrant said ‘best timing/day to attack was yesterday and the best timing after that was today. Normally the main target was the mosque at Dunedin but I changed my mind when I see the church at ashburton was turned into mosque”. By saying these, he was showing his hatred towards Islam.

Most of the good hearted people on the earth was shocked by these sentences.

They’ve lost more people than they lose over a year.

Third biggest city Christchurch (messiah church) was different than other cities not by just its name, but also it was a place where religious people live in peace. Messiah church also as known as Christchurch lost 50 innocent people in day that. 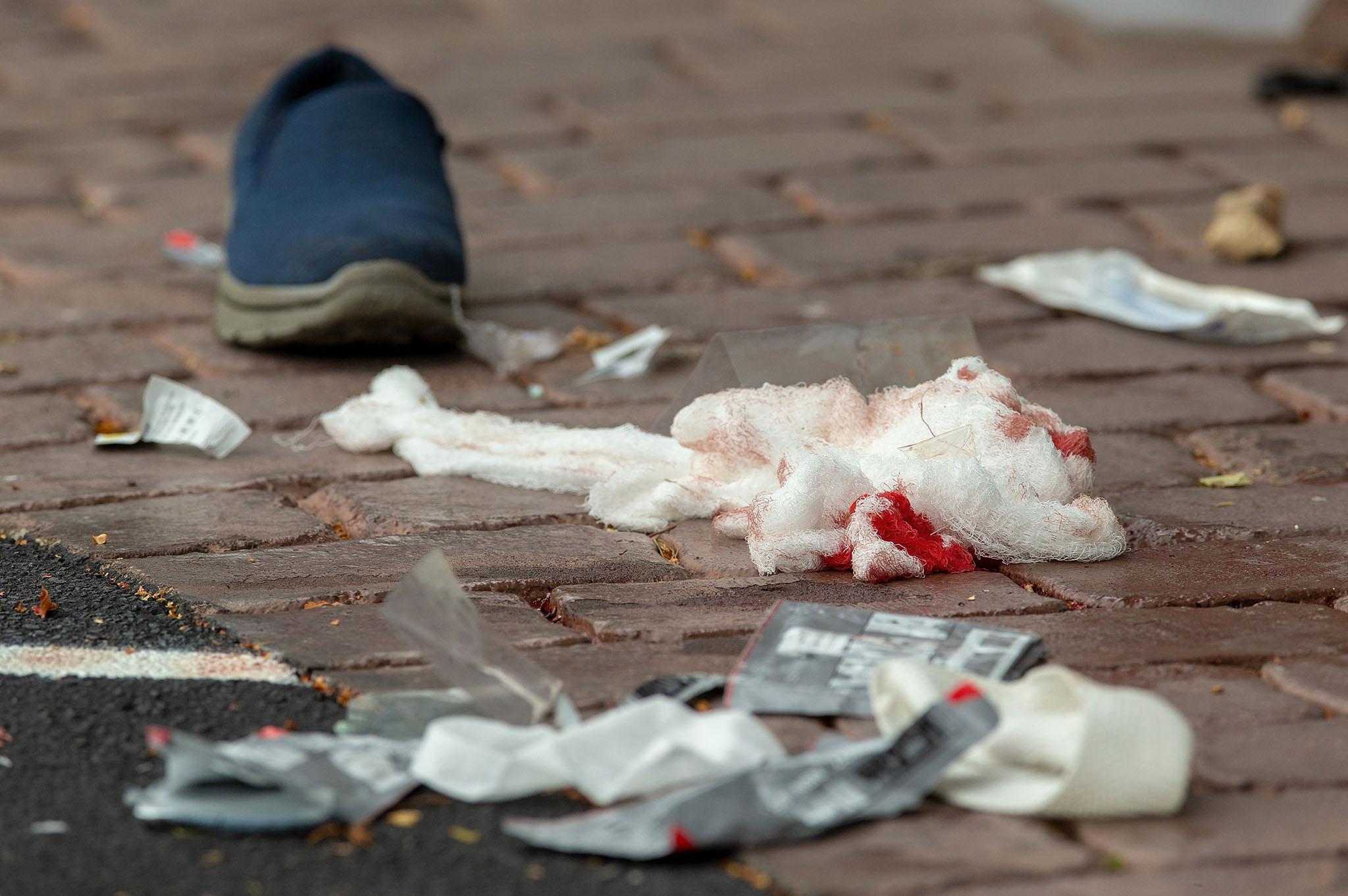 THEIR STORIES ARE JUST AS UNIQUE AS THEY ARE…

Every life that flies away also takes with it a story.

As much as it takes with it a story, it also leaves one behind.

Like three-year-old Mucat Ibrahim who went to the mosque with his father and brother, both of whom had to pretend to be dead to stay alive, while little Mucat was killed.

Like Naim from Pakistan, who lost his life together with his son.

Like Husna from Bangladesh, who lost her life trying to find her crippled husband amongst all the chaos.

Like Halit Mustafa from Syria, who escaped the oppression of the tyrant Assad with his family in search of a “safe haven”, only to be the target of bullets in that very land.

Those that have escaped from tyrants and tyranny to an island of relief and safety, only to walk to the horizon of their spirits under the shadows of their place of worship, and all the eye watering stories that they have left behind…

Despite all the pain and tribulation, despite being of different colours and  patterns, the people of Christchurch, the gate of the South Islands, became like one beating heart of a single body. They have become one, and see with every passing that “pain withers away as it is shared”

A MOTHER WHO IS A PRIME MINISTER, HER TEARS AND WARM DISPOSITION

The footage of The Prime Minister of the country described as the ‘home of the long white cloud’ Jacinda Ardern, sincerely hugging a coloured lady who had just lost her husband and sharing her sorrow brought tears to the eyes of all who watched. The way she hugged closely Muslims in pain, her declaration ‘you are us’ contained a very important message especially to the backward leaders in some Muslim countries and the some of the intolerant leaders of the Christian world.

Prime Minister Ardern’s statement ‘my message is sympathy and love to all Muslim communities’ was a timely and perfect response to USA President Trumps question of how he could assist New Zealand.

The Prime Ministers respect and love, her emphasis of unity, her symbolic wearing of the hijab on her visit to the Muslim households to express her condolences was a great and historical example to all leaders of the world.

Australian Prime Minister Scott Morrisons embracing of muslim leaders was another act that was deserved of praise.

The show of support by non-muslims in New Zealand and in my country Australia, their carrying of banners stating ‘we are with you’, for them to join the muslim faithful, to unite and join with muslims in Sydney, Melbourne and all other cities was a solid stance to those looking for “muslim and christian tension”.

The showering of the two mosques where blood was shed with thousands of bunches of flowers, the many poems and letters that were expressing the flood of emotions was like the animation of unity. The disposition of such sincerity, the tear flooded apologies, the overwhelming expression of condolences all have taught us we need to keep our hope for a beautiful, virtuous and just world. 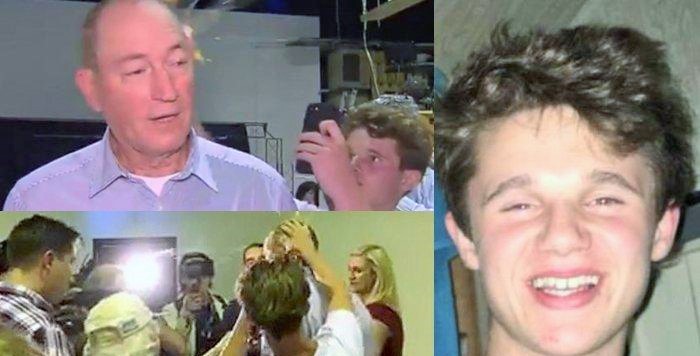 A young Australian teenager gave an unforgettable lesson to racist Senator Fraser Anning who tried to overshadow the atmosphere of unity with hatred and to those leaders of Muslim countries who aired the footage of the blood bath of the two mosques in election campaigns, encouraging thousands of people to view to encourage hate and division.

In a way Will Connolly was egging all divise leaders when he egged the head of Fraser Anning who was claiming that the reason of the mosque attacks was the ‘Muslim migration’ to their countries.

17 year old Connolly who was exposed to the attack through the slaps, kicks and punches of the racist senator Anning after breaking an egg on his head shared the following message on social media which brought as much attention as the egg he cracked:

“My mother was always a big supporter of me and she always empowered me to stand up against oppression. That moment was one where I felt proud to be a human. Muslims are not terrorists and terrorism has no religion. The mind of those that characterise Muslims as terrorists are as empty as the mind of Anning”.

For a moment I thought: The youth and these young minds should rule the world, the disjunuctive populist leaders must be pushed aside to the dusty shelves of history.

A formula must be found to this.

The youth or women who internalise compassion, mercy, the valiant women like the Prime Minister of New Zealand will perhaps open these roads to us.

The roads that lead to beauty, virtue and honesty…

Those leaders who always boast their manhood, authority, regime voicing bullet-like words and sentences, must retreat from the roads of this uniting youth and women”.

Same pain at the anniversary date of Kurdish (Halepce) Genocide

The violent attacks in New Zealand occured on the 31st anniversary of the Halabja Massacre that was orchestrated by the dictator Saddam Hussain. On the 16th of March, 1988, 5 thousand people were killed, and 7 thousand people left injured in a chemical attack that entered history as the “Kurdish genocide”. This was the most devastating attempt amongst the systematic genocide that the Ba’ath Regime had initiated against the Kurdish people. On the 16th of March this year, as bouqets of cloves and colourful flowers were offered in regard of those that passed on due to the terrorist actions of a Christian man by the name of Brenton Tarrant. While on the other corner of the globe, 5 thousand colourful balloons were left free to fly into the sky in honour of the thousands that lost their lives by the order of a Muslim dictator. As can be seen, it is not the religion of an oppressor and murderer that matters, nor is it the nationality of those that show mercy, love, and compassion.

We must always hope for a world purified of tyrants and criminals; and we must strive altogether to get there.